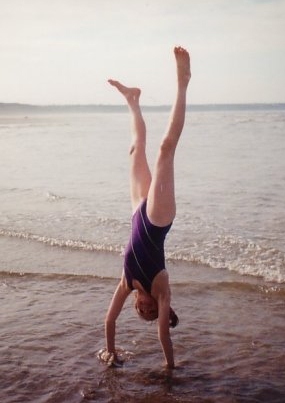 I was exceptionally scrawny as a child, despite eating a balanced diet of crustless peanut butter and banana sandwiches, chicken nuggets and various oat-based cereals with fun-shaped marshmallow pieces.

I spent most of my childhood climbing trees, mastering cartwheels and running away from my four brothers’ latest Nerf gun assault. Had I maintained such activities into adulthood, I’m pretty confident I’d still have a 26 inch waist and arms like Jennifer Aniston. Sadly I gave them all up, along with friendship bracelet making and Troll collecting…

I grew up in the 80s. Alice bands, shell suits and scrunchies were in vogue. Televisions were fat and people were slim. Big Bird was my moral compass and Madonna, my fashion icon. I learnt all of my best moves from Michael Jackson and mastered self defence, courtesy of Mister Miyagi.

Bart Simpson gave me an excuse for everything. “I didn’t do it. Nobody saw me do it. You can’t prove anything”. (This phrase came in handy when my youngest brother was once again found locked in the shed, after giving one of my Trolls a skinhead).

There were certain glorious invariable childhood truths: Santa always delivered. I received financial compensation for the loss of every tooth and a generous bunny hid chocolate eggs in my back garden once a year. 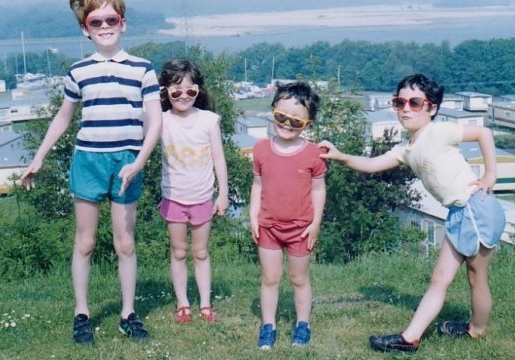 As an honorary Scout, I was always taught to be prepared. As such, I dutifully had my life fully mapped out by the age of nine. Zack Morris from Saved by the Bell would eventually realise the error of his ways, dump Kelly Kapowski and marry me. We’d have five children, named Magnum, Knight Rider, She-Ra, Kermit and Mister T. My outline drawings of Snoopy and Garfield would result in me being headhunted by Disney and my preferred mode of transport would of course be my trusty hot-pink hoverboard.

Funnily enough, everything did not exactly go according to plan. I have married a fabulous man, though he looks nothing like Zack (thank goodness).

We don’t yet have any children, but he’s surprisingly enthusiastic about the name Mister T for our firstborn son. My outline drawings were outrageously overlooked by both Disney and Pixar, although I am yet to hear back from DreamWorks, so fingers crossed.

I await the arrival of my fuchsia hoverboard with baited breath.

[Published 21/03/2012 by Murmurations, an online arts magazine dedicated to exposing artists and writers in the community of creative arts].