ARBITRARY STUFF ABOUT ME

I live with my darling husband Tony in our modest 1920’s British terraced house, complete with double-glazing, power shower, leaking roof and dodgy garden-gate. We absolutely love it and hope to pay the mortgage off at some point in the next three million years.

I definitely talk too much.

There are several items of clothing at the back of my wardrobe that I will never ever wear. But I’ll hang on to them just in case.

I really shouldn’t wear orange. Ever.

My favourite pair of trainers really needed replacing about 18 months ago – but I love them too much and can’t bear to be parted from them. They smell of feet.

Rain is not my friend. 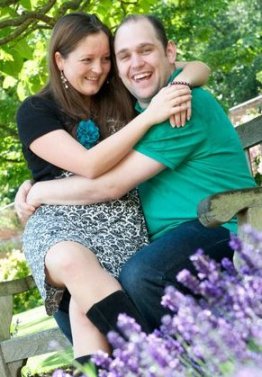 SO WHAT BRINGS ME HERE, WRITING ABOUT THE STUFF AND THE THING?

PLAN A. When I was 4 – I wanted to be a Nurse. I quite fancied the uniform and having one of those stethoscope thingies. Alas, my aversion to blood and all other bodily fluids prevented me from advancing beyond Calpol and Booboo plasters.

PLAN B. I took it upon myself, aged 7 to contact Blue Peter and apply for a presenting job (on the off chance that Diane-Louise Jordan met an untimely end). My papier mâché talents knew no bounds and I was more than willing to wing walk, sky dive or bungee jump for money. Hindered by some minor health and safety regulations and child slavery laws, my application was rejected. Bureaucracy gone mad I tell you.

PLAN C. By 9, being the most talented artist in my entire class at Primary school – I decided I was destined to draw for Disney. Then I went to Secondary school and realised that compared to the 237 other students in my year – I was decisively average. Another dream dashed. So much to cope with so young.

All of my qualifications were subsequently chosen specifically to get into teaching. Then, most unexpectedly, having just graduated from University (with honours) I had an epiphany- a majorly scary one. I no longer wanted to teach. Oh dear. No Plan E. (Note to self: ALWAYS HAVE A PLAN E).

I found a temporary, boring grown-up job in banking to tide me over for a few months – until something better came along. Six and a half years on and facing imminent redundancy from said boring grown-up job, I decided to have a mature conversation with my wildly successful older brother about career choices and stuff. He suggested something totally unexpected. Something quite brilliant actually:

“DO SOMETHING YOU ENJOY”.

Which brings me here – writing about the stuff and the thing.